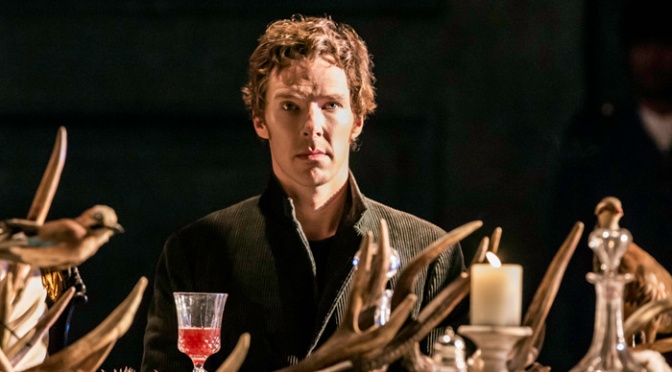 The challenge every production of Shakespeare’s Hamlet faces is to make the tragedy about the titular Danish prince exciting for new audiences. Director Lyndsey Turner manages this with aplomb, not least thanks to this summer’s top leading man, Benedict Cumberbatch.

Cumberbatch (Sherlock, The Imitation Game) has to hit the ground running as soon as the curtain goes up. The first words he mutters on stage are the “to be, or not to be” soliloquy, possibly the most famous lines Shakespeare ever wrote. Reminiscing about his dead father, while Nat King Cole’s Nature Boy plays on a record player, this Hamlet shows his vulnerable and depressed side from the start, the music enhancing the sentiment Cumberbatch pours into his lines.