Everybody is attractive. But sadly some people are not used to hearing this.

Their clothing size is all that people see when it’s the one thing that does not matter at all.
Attractiveness comes in all shapes, sizes, faiths and sexualities. A person’s heart and soul – they’re the things that matter.

Kindness and charm, joyfulness, loyalty and caring – those attractive traits never go out of fashion. Like Antoine de Saint-Exupéry said: “It is only with the heart that one can see rightly; what is essential is invisible to the eye.”

In order to find gold, you have to dig in the dirt. But once you find it, it’s all you see. Once you see a person for who they are, their attractiveness becomes apparent. And all the rest becomes insignificant.

So spread the love. If you find someone attractive, let them know. They might even thank you with that cute smile you’ve been longing to see them show more often.

Find out more about the 1000 Voices for Compassion or join the Facebook group. 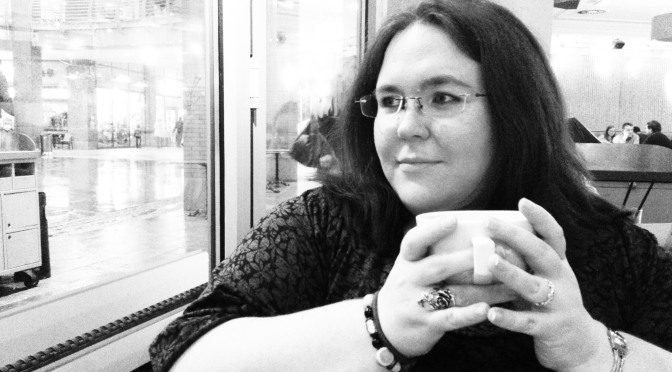 Come on in and grab a coffee for our Weekend Coffee Share!

It’s chucking it down outside, and it’s gone really cold again so I’ve turned up the heating again. Happy start of spring, by the way…. 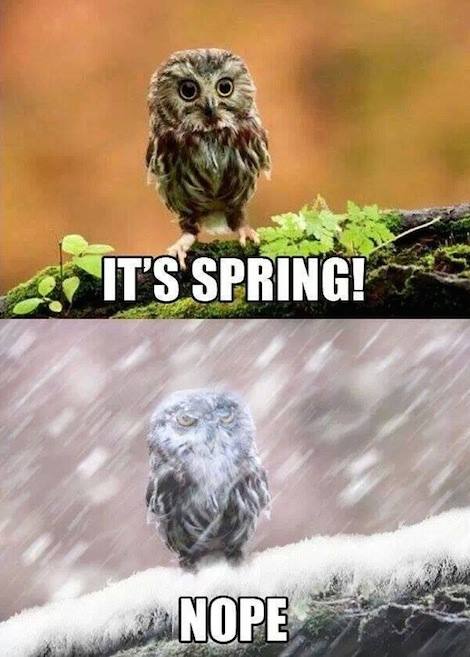 Oh, and did you get to witness the solar eclipse yesterday? I didn’t really, as I was at work but except for the cloud cover going slightly darker for a minute it really wasn’t that impressive here.

END_OF_DOCUMENT_TOKEN_TO_BE_REPLACED

It’s Saturday, so I’m making time to have coffee with you as part of the Weekend Coffee Shares initiated by the lovely Part Time Monster.

If we were having coffee today, we’d have to meet in town as my place looks like a bomb might have gone off in the middle. I’d brave the rain to head out into town to meet you, and then I’d order a very large Latte Macchiato. I really need coffee.

If we were having coffee today, I’d tell you all about #1000Speak that took place yesterday and was a massive success. Bloggers everywhere came together to blog about compassion, love and kindness and flood the internet with all these positive thoughts as part of 1000 Voices Speak for Compassion. I contributed two proper posts, the real story of the homeless man and the pizza, as well as a little something about the healing powers of proper hugs. The rest of yesterday’s updates were two pictures, a “heads up” message that 1000Speak was imminent, as well as a thank you to all participants. If you’re interested in our stories, check out the official 1000Speak Blog Hop. END_OF_DOCUMENT_TOKEN_TO_BE_REPLACED 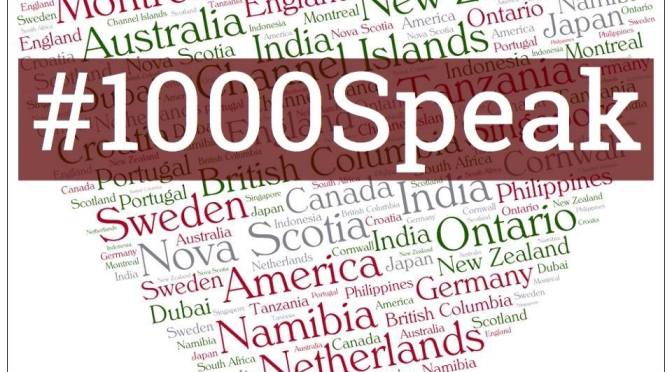 With less than a minute to go on February 20, I want to give a shout-out to the 1000+ awesome bloggers who flooded social media with compassion, love and kindness today.

Thank you to everyone who participated, who came across our posts and shared them, retweeted them and pinned them to show the world that there’s still hope for humanity left, after all. 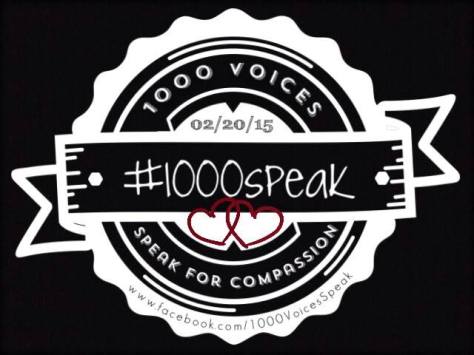 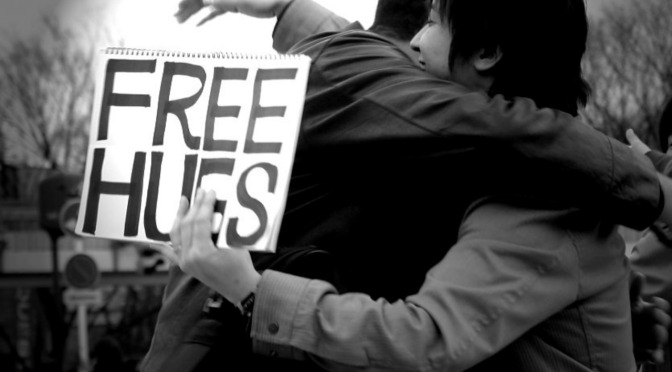 A proper, comforting hug can make the world look like a better place again.

Often, the people who appear the strongest and most independent are the ones in desperate need of a hug. They’re the ones who told themselves that they have to be strong for someone else’s sake, or because they believe that wanting comfort is a sign of weakness.

Sometimes, though, it’s that little bit of human contact in a world governed by computers, that makes all the difference. That touch that says “I’m here” and “You’re not alone in this” and “I care.”

A proper hug, not just a fleeting one, but a bear hug from which you don’t want to let go again, can heal the mind so much. Just knowing someone is there and taking care and taking charge for a minute, allowing you to lean into the support and share whatever load is on your shoulders, can help a person get through tricky situations.

We don’t hug enough. Maybe we’re even starved for touch in that way. The Free Hugs movement is such a success because suddenly hugs are ok. A stranger is willing to give you a hug if you want it as well. That’s more affection than some people get from family members.

Think about it. Have you seen someone who looks strong but with that sort of sadness in their eyes that means something is not right at all? Hug them. They will be forever grateful.