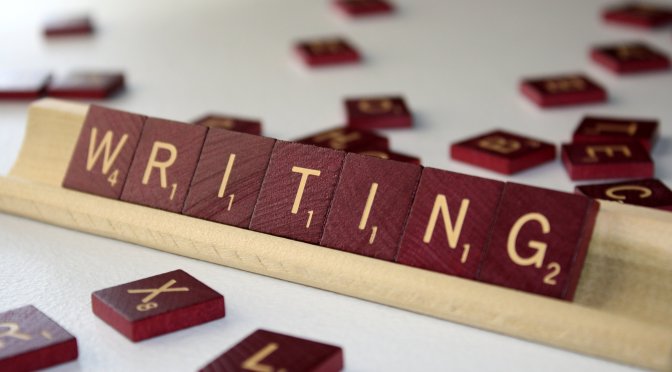 I don’t have much to tell you at this point. I’m just working through all my coursework, which is going… much better than expected or hoped for, to be honest!

There had been issues with one of the courses, but they now seem resolved. A new professor has taken over, and the three assignments I submitted during February have all been graded by her within 24 hours of taking over.

And I got 2 A+ and 1 A! I guess this just goes to show that I am good at what I’m doing as long as I’m interested in it.

The urge to tell (most of) my grammar school teachers (the ones who deliberately failed me in tests, told me to just give up as I wouldn’t amount to much and generally thought I was good with languages but really stupid when it came to everything else) to kindly go and screw themselves, is definitely rising.

I’ve never agreed with the idea that your high school leaving grade reflects your intellect or strengths. Just because you’re good at something in theory in school, doesn’t mean you can apply it in real life scenarios. Likewise, just because you’ve struggled through set texts and standardised tests doesn’t mean you can’t shine once you realise your full potential and creativity outside the confines of school. Also: if you ace all your exams except the last one, and only the last exam’s grade gets noted as your final grade – does that really reflect your abilities in that subject? No, it doesn’t.

Funnily enough, the topic my high school geography teacher failed me in during my final exam (on purpose, I might add, as that particular topic was from Year 11 which should not have been part of the exam – it was Years 12-13 only) was the same topic I got full marks on while studying for my B.A. and I only mentioned it in passing and it turned out to be spot-on. So how bad was I really in that school exam?! Something tells me I was right all along.

The free online courses are also going well and so far I’ve completed 4 weekly modules and passed all quizzes with full marks. I’m slightly behind schedule, though, as a course that said it required 2-3 hours study time per week has 4 hours worth of video lectures and 2 hours worth of reading and activities in the first week alone. So, yeah, I spent 6 hours on that one on Monday night. But all the courses are extremely interesting and, at least to me, worth spending that time on.

A friend of mine, whom I went to school with in New Zealand and haven’t seen in 11 years, contacted me out of the blue this week. She is planning to put together her own brand of customizable, leather-bound notebooks and journals and she wanted suggestions from me. I return, she’s offered me one of the very first notebooks to be produced to use and review to my heart’s content. As someone who has several notebooks and a planner on the go at any given time, I jumped at the chance and I’m kind of amazed and delighted that she thought of me for this. Plus, apparently, she reads my articles. Flattery will get you reviews. #justsayin’ Go Nisha!

Furthermore, I’ve been invited to attend a play based on the Grimm fairytale Mother Hulda (German: Frau Holle) on March 22. It’s being performed by a handicapped theatre ensemble and a friend of mine helped put the show together. So, if you’re in Solingen, Germany on March 22 at 4pm, make your way to Kulturzentrum Cobra. Entry is free!

Right, I’ve once again written more than I meant to. But I do love me a good rant. I better hand over to the other ROWers – unless you want to rant with me? Then feel free to stick around and help yourself to cookies.