Hello, my name is Conny, and I’m a book addict.

It’s been less than 24 hours since I bought a book. In fact, I bought five books. I just saw them lying there, in the bargain bin at my local supermarket and I couldn’t help myself. I had to give them a good home.

They’d been marked as “Mängelexemplar”, damaged goods because something had scratched their back a little. It’s just a few grooves we’re talking about, not the entire back cover missing.

The one that first caught my eye was the one in the middle. Der Monstrumologe und der Fluch des Wendigo (engl.: The Monstrumologist) by Rick Yancey. I love that cover, and the fact that the script is embossed.

Usually, that bargain bin is full of chick lit and romance novels, which are really not to my taste, but something made me look through it this time. The next book I happened upon was Der Sohn des Donnergottes (original Finnish: Ukkosenjumalan poika. Engl.: The Son of the Thunder God) by Arto Paasilinna.

Then I found Town by James Roy, a (as I learned later) multi-award winning book from Australia. My love for Australia only grew since I was a Jillaroo there in 2007 and I’m always interested in stories from and about Down Under.

The other two books I picked up are Mit Mädchen über Duran Duran reden: ein junger Mann auf der Suche nach der wahren Liebe und einem coolen Harrschnitt  (engl.: Talking to girls about Duran Duran: One young man’s quest for true love and a cooler haircut) by Rob Sheffield. This one I picked up as a fun read because of the 80’s pop culture reference and I like Duran Duan’s music. I even saw them in concert once! Only after I got home did I realise where I know the name of the author from: he’s a music journalist and contributing editor of Rolling Stone! So he should really know his onions when it comes to music!

The last book is Als der Mond vom Himmel  fiel (engl.: When the moon fell out of the sky) by Anja Jardine. This one I picked because she’s a well-known journalist and I wanted to see how she writes fiction. 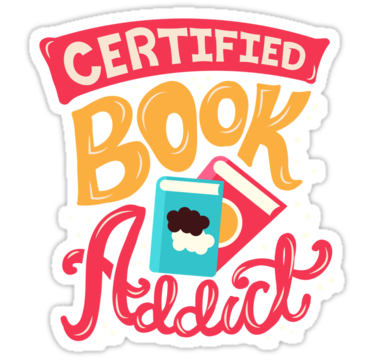 I love books, and being surrounded by them makes me feel safe. Just to know that there are so many heroes and heroines, so many ordinary people doing extraordinary things in the books around you.

What I love about books is that you can have the wildest adventures whenever you like. That you are able to meet and know all about some of the most fascinating people you’ll know and some of them may not even be real.

That a good book can teach you about the world and all that you can achieve within it, without patronising you or passing judgement on what you look like. They can make you feel special and at home while transporting you far away.

There’s always a book for you, no matter what mood you’re in.

Whatever you want to learn – all you have to know is where the library is. They’re the best weapons we could hope for. I think The Doctor put it beautifully in the episode Tooth and Claw:

Books are a safe and cheap way to escape when life gets too hard to deal with for a while. They’ve always been my sanctuary. I can live in a book, and the best books make me struggle to leave their world behind again. The characters have become friends and family. It’s why I love The Hobbit, The Lord of the Rings, Harry Potter, Sherlock Holmes and Narnia so much.

I love the smell of books. That smell of knowledge, safety, mystery, fun and adventure all at once. It’s reassuring. As is the knowledge that there are more books on my to-read pile and the adventures won’t be over for quite a while yet.

I often buy books, even though I still need to read the last ones I bought. I’ve got a shelf full of things to be read. And I regret not making enough time to read. That my current reading is all academic.

I posted as my New Year’s resolutions that I want to do the Popsugar Reading Challenge 2015. Well, now I want to combine it with Book Riot’s Read Harder Challenge 2015 as they have a few categories in common. I’m just going through the list and researching books I could read.

So yes, I’m a book addict. But it’s a publicly approved addiction (they even hand out library cards so you can still your cravings for free) and my drugs of choice are sold legally in every bookshop in the world.

8 thoughts on “Confessions of a Book Addict”