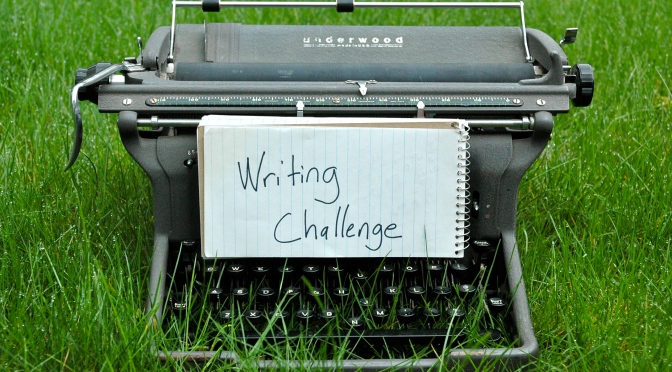 First of all, my studies are going well. After a hiccup with the university and the courses I was enrolled in (one professor didn’t answer any student emails), it’s all sorted now. I’ve also got a plan in place to keep me focused on my studying, so that is excellent!

I’m also doing the free Start Writing Fiction course at the Open University. I’m a bit behind in that, but luckily it’s easy to catch up within a reasonable timeframe. I should be all caught up by the time I go to bed tonight.

My NaNoWriMo 2014 project is taking shape. If you haven’t see the post about Pomp & Circumstances, please have a look as it explains my project in more detail. I also doodled a bit and made two mock book covers.

The ROW80 short stories are coming along nicely as well. Now that I have created a Story Prompt Board as well as a Character Photo Prompt Board and Setting Photo Prompt Board on Pinterest, I use the prompts more often to start a scene. I even tried to write a poem, but alas, I can’t write poetry. It’s too…. poetic, I guess.

I already said in the Sunday update, that I will be writing reviews of 90s/early 2000s TV shows for a blog soon. These shows are X-Files, Buffy and Angel (for now). But tomorrow, I will also write a theatre review of sorts.

A cinema in Düsseldorf is screening Danny Boyle’s Frankenstein, a 2011 live recording from The National Theatre as part of the Encore Screenings Worldwide. The show, starring Benedict Cumberbatch and Jonny Lee Miller alternating their roles as Victor Frankenstein and The Creature, was a massive success when it was first performed on stage. I’m finally close enough to a cinema that shows it!

So tomorrow, I will see the version in which Benedict Cumberbatch plays The Creature and Jonny Lee Miller plays Victor Frankenstein. Next Thursday, I will go back to Düsseldorf and watch the role reversal. And review both.

I’ve also accepted an invitation to join a few NaNo WriMos at a café in Leverkusen on Monday. They’ve had a few meetings already, so there should be 4 or 5 people there to stage a bit of a Write-In, discuss projects, brainstorm ideas and make new friends.

What I love most about the writing community is how easy it is to fit in. Not all of us are extroverts, but even the hermits among us manage to find friends and writing buddies. I honestly don’t know what I did during the years I didn’t write. I’ve missed this. And I like the fact that people like you understand me. That “it’s for a story” is a valid excuse and covers a multitude of (Google search) sins.

I’ve found it hard to fit back in here in Germany. I spent 6 years in England, 4 of which with a partner, and coming back home after losing everything I had nearly broke me but writing and the writing communities I’ve joined have helped me so much I can’t even explain it properly. I finally feel like I belong again.

And if there’s one thing I’ve learned then it’s that I’ll never stop writing again for anyone!

Check here how the other ROW80 participants are doing!